Record Video Games, Chat, and More With a Screen Recorder

What You Need to Know About Casino Customer Support Services

What is CGPSC Examination?

Guerrilla Marketing: How to hit the Target With Unconventional Techniques

We are at the beginning of 2012 in a small town in Belgium. One day, in the middle of a pedestrian area, a red button appears and an arrow-shaped sign indicating it with the words “Push to add drama”.
The curiosity among passersby grows with every second that passes until someone approaches and presses the button.
Suddenly, an ambulance arrives with blaring sirens and an action scene unfolds before the eyes of the incredulous “spectators”. Eventually, a banner appears on the wall of the building opposite: “Your daily dose of drama. From 10/04 on Telnet”. 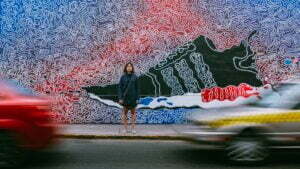 The TNT brand, in giant format, stands out against the white background and the YouTube video that captured the whole scene is clicked on tens of millions of times.

This is an example of Guerrilla Marketing which, in reality, however, is singular, since, with this name, it refers above all to low budget strategies. It is no coincidence that its name derives from the military language, in which “guerrilla” indicates a fight that has very low costs.

Beyond this, TNT’s is an interesting episode that helps us understand what the typical aim of Guerrilla Marketing is: to strike and intrigue the public using original, unconventional techniques and means of communication.

The Guerrilla Marketing was founded in the eighties, when advertising had now taken hold in Italy. The realities that at the time decided to use channels such as television, radio or print media to sponsor a brand were so many and the costs to do so were very high.

For this, the small businesses opted for something different and cheaper. It was Jay Conrad Levinson in 1984 who spoke for the first time about Guerrilla Marketing in his book, thinking precisely of those who did not have a financial possibility that could afford advertising in a conventional way. The book was translated into 62 different languages and was a huge success, prompting many to try this entirely new strategy. Also because, in a world where the public was continually bombarded with advertisements with obvious commercial purposes, Guerrilla Marketing was a way of sponsoring that was not pounding, nor with an evident manipulative purpose .

The main peculiarities of Guerrilla Marketing, according to the book by Jay Conrad Levinson, are the following:

READ MORE:  Growth Hacker Marketing what it is and How it Works

With these characteristics, Guerrilla Marketing manages to strike the imagination and the message that is intended to pass remains imprinted in the mind of the consumer, thanks also to the surprise effect (also called “wow effect”). Especially today, with the “social” means of communication that we have at our disposal (therefore combining it with social media marketing ), the viral diffusion of a message created according to the rules of Guerrilla Marketing could potentially spread all over the world with great success.

If after all this information you have decided to undertake a guerrilla marketing path supported by a social media marketing strategy that gives it prominence and great visibility, biggbull.co.uk is the digital PR , link building, SEO and brand reputation agency (online reputation) that can best support your digital business idea and follow you step by step to maximize it, increasing revenues.