Why Your Business Needs a Slush Machine

Top Tips for Hiring the Most Suitable Remote Employees

Google Up Date January 2020 Here are the First Results

For anyone involved in SEO and is constantly monitoring various projects, whenever Google proclaims an update of a certain size (because however small “adjustments” minor algorithm to be constantly running), a bit ‘of concern begins to SERP -eggier … Will the work done be rewarded or rejected? Will I see the Analytics chart soar up or take a dizzying fall? Which then, for many sites, this translates into a loss of income and work, not a trifle. So, almost, the secret hope of many is not to be touched and to remain on the same level of pre-update traffic, settling for the moment and then we’ll see. 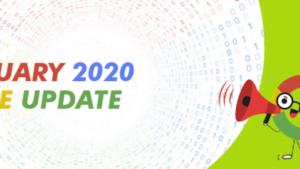 But this is certainly not the historical moment, at an SEO level, to be satisfied. Indeed, it is a period of great upheaval, which we have already mentioned in the article relating to the penultimate important update from Google, that is BERT and also in the one dedicated to how to do SEO in 2020.

Things are changing very quickly, especially due to the increasingly substantial contribution deriving from voice searches and the use by the Mountain View giant of technology relating to machine learning and artificial intelligence.

We are moving further and further away from an SEO strictly linked to “keywords” to move towards a more related to the real search intent of users and the satisfaction of their needs and their search for a reliable source.

Here is the image of the announcement made by Google through its official Twitter account, on January 13, of the launch of a new important algorithmic Core Update.

The update will be launched after hours in all languages and the invitation that Google makes in these cases is always to not be alarmed and not to do anything, because in panic you can make serious mistakes that could even worsen the situation.

On the other hand, one thing to do would be to keep constantly updated on the guidelines of the quality raters as, as Genaro Mancini points out in a post on the SeoZoom blog, there seems to be a fairly close link between the updates made to this documentation and the launch of new algorithmic Updates.

And since none of us are “Google”, and SEOs can try to understand the algorithm, as far as possible, only by observing its effects, let’s see, through an article by searchengineland.com, what the main agencies are observing these days of the world’s SEO software.

Google Update January 2020: what is happening? 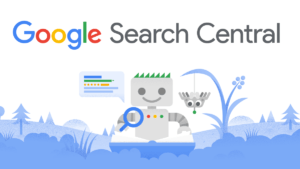 The YMYL ( “Your Money Your Life”) niches have been hit very hard. We are facing a very impactful update with the Health and Finance niches (Health and Finance) which are undergoing major fluctuations, especially as regards the first 10 positions.

Also in this case it is agreed in considering it a very important update, which in a more or less heavy way is involving practically all sectors. The most unstable categories, according to SEMrush, are those related to Games, Arts and Entertainment, and Finance.
Instead, according to SEMrush, the top 10 English-language websites that have currently benefited from the update are: Dictionary.com, Hadith of the Day, Discogs, ABS Fairings, X-Rates, TechCrunch, Shutter Stock, 247Patience, Getty Images and LiveScores.com. The top ten losers were mp3-youtube.download, TotalJerkFace.com, GenVideos.io, Toffy, Trip Savvy, Honolulu.gov, Naughty Find, Local.com, Ruth Chris, and Local-First.org.

It is certainly the domains connected to YMYL topics that have suffered the greatest fluctuations, but not all in negative; in fact, some who had previously been hit have now regained positions. An interesting thing to note: the absolute fluctuations seem to decrease with each update; this means that Google is becoming more and more confident in its rating and does not deviate so much from the previous rating.

This is therefore the best overview that we can extrapolate at the moment regarding Google’s Core UpDate of 2020. If your site has been hit, it is often advisable to take a step back on the whole project and how you are doing it; from now on it will be increasingly necessary to have a very broad vision and not focused to the extreme on trying to position keywords to generate traffic.

If you want to know more or are interested in a high quality digital marketing service , biggbull.co.uk is the digital PR , link building , seo and brand reputation (online reputation) agency that can best support your digital business idea and follow you step by step to maximize it, increasing revenues.